A Word About What Kodak Did Right 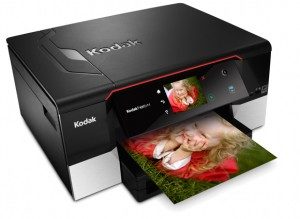 Ever since Kodak hit the financial rocks, there’s been no end to the post-mortems. Indeed, Kodak has become something of a case studyof how not to handle a technological-shift in the business world (Kodak famously invented the digital camera decades ago but squirreled it away lest it eat into their film revenues).

And the facts do speak for themselves – Kodak’s filed for bankruptcy, so obviously they’ve done more than a few things wrong. But rather than join the pile-on, it’s worth pointing out that, from a consumer standpoint, Kodak has done a few things right too.

In fact, we can point to two areas where Kodak got it right.

First, Kodak Gallery. One of the first things we did when we launched Your Digital Life was survey a range of online photo sites and Gallery remains one of the best places to store and create with your digital photos. Kodak didn’t invent the Gallery (they purchased the service, formerly called Ofoto) but they have grown the site into where it is today. They have what we judged to be the best terms of service of any photo-related online service (how your pictures are stored, how easily you can retrieve high-resolution images, costs, etc.). Plus, the range and quality of the products available on Gallery remains impressive.

Second, home printers. Yes,  they were very late to the game, but the approach Kodak took was a good one. Most printer companies sell you the printer cheap and make their money on higher-priced ink and paper. Kodak took the opposite approach – they sold more expensive printers, but offered ink and paper at attractive prices. This made printing your photos at home a far more attractive proposition, price-wise.

As importantly (if not more so), Kodak’s home printers delivered some of the longest lasting photos of any home printer on the market. If you are printing your photos on a Kodak printer, with Kodak inks and papers and aren’t dunking the things in water or leaving them out in the midday sun, you can be reasonably sure they will  last for generations –  longer than many of the company’s competitors, and far longer than the prints you’d be ordering online. For family memory keepers, that’s a big deal.

So, to all the folks who use the Gallery or own a Kodak printer – take heart!

It’s too soon to say how, or in what form, Kodak’s printer lineup or Gallery service will look at the other end of the company’s bankruptcy. What we can say is that they are valuable elements in our digital lives, even if they weren’t enough, in the end, to salvage Kodak’s balance sheet.