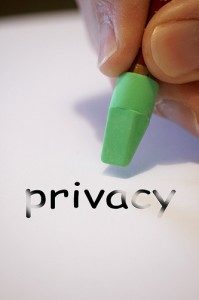 Earlier in the week we took note of Facebook’s new facial regonition algorithm that makes it easier to tag photos and identify people in them. Privacy advocates weren’t all that pleased, but it’s worth pointing out that even without facial recognition you are surrendering your privacy and the security of your photos by posting them online – whether to Facebook, Twitter or even run-of-the-mill print sites like Kodak Gallery and Snapfish. The simple act of placing a copy of an image on a server that’s not your own means its vulnerable to theft or potential abuse. It doesn’t matter if a company has a spotless record or (like the recently hacked Sony) has had troubles – all digital data is vulnerable when it’s not in your possession.

This hasn’t – and perhaps shouldn’t – stop you from posting your photos online or using social networks. In fact, judging by the volume of photos making their way online most people accept that there’s a trade-off between photo privacy and the enjoyment and connections that sharing photographs enable. But I suspect some people may not get it, and so the words of PC Mag’s Lance Ulanoff are worth reposting:

Digital is also persistent. It’s almost as if it fights against deletion. Most of us delete e-mail, documents and image files every day. Or perhaps we simply move them to another location. Let’s get this straight. You are not actually deleting or moving anything. Telling your computer, phone, tablet or even social networks to delete a file or post only means that, one, you can no longer see the post or, two, the space that data originally occupied is available for a new data. Considering the size of today’s hard drives, it’s unlikely much of anything gets written over, which means that, with the right tools, it can be retrieved—by almost anyone.

If you work in a company dealing with financial information, all your email is saved somewhere—yes, even the deleted stuff. You smartphone texts probably still reside somewhere in the recesses of your smartphone memory and, without a doubt, on the cellular service provider’s servers that helped deliver the texts back and forth.

When it’s time to throw out your home computer, I often advise people to either remove the harddrive and save it or to drive a nail through it to make sure no one else can start perusing your digital debris. Social networks, though, present a more difficult problem. You do not control the hard drives (read “servers”) where your actually posts and images reside. Facebook has them. Twitter has them. Twitpic has them. TwitVid has them. yFrog has them. And they have all of them. You can request, though, that these services remove all of your posts and images.

Our first point of advice in securing your photo privacy is simple: don’t post them online at all. Of course, that’s not a great answer in this socially-connected age and I certainly don’t go to these lengths myself. I post a fair share of my photos on three different sites, albeit for different reasons (one for back-up, one for prints, one for sharing). But you need to approach the Internet and your photos with your eyes wide open and recognize that you lose control of your photos once they leave your hard drive . And if you do post online, it’s good to follow these guidelines.

The Fine Print of Photo Sites II: Are Your Images Really Safe Online?