Why You Should Print (Some) of Your Photos 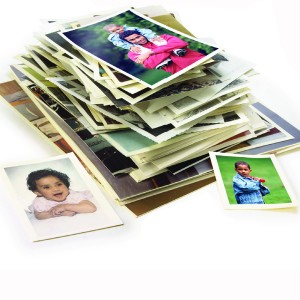 When digital cameras were first introduced, many people predicted that it wouldn’t be long before the photo print followed the horse-and-buggy into the realm of historical curiosity. And while it’s true that people don’t print as many photos as they used to, they’re still printing.

In fact, there are new print services popping up all the time, hoping to lure smartphone shooters to turn their virtual memories into tangible keepsakes. Which means there’s just something about having a photo print in hand that speaks to people, even in the digital age.

But it’s more than just emotion at work. It makes sense to print your photos — not all of them, of course, but those you can’t live without. Here’s why:

1. Prints never crash. Unlike your hard drive, photo prints won’t be suddenly erased without warning. And while a hard drive crash is inevitable, it usually takes an act of nature to permanently destroy a person’s photo prints.

2. Prints are never obsolete. Every last device that’s storing your digital photo files today will be laughably obsoletein 15 years (if not less). The image files of today – the JPEGs and TIFs, etc. – will likely be unreadable by the devices of the future. Not a print. As long as your eyes work, you’ll be able to relive that photographic memory – even in your flying car (suffice it to say, if you’re operating a flying car, your eyes better work).

3. Prints are long lasting. In addition to being forever readable, prints can actually last for generations. Some home printer, ink and paper combinations can create a print that, when properly stored, can last 200 years. If you want to pass on photos to your great grandkid’s great grandkid, only a print will do.

4. People like them. I was originally tempted to write “old people” like prints, but that’s not true (and, obviously it’s more than a bit insulting). Many people, not just older generations, like to hold and handle a photo print, or would prefer to see them physically, in an album, instead of on a monitor. My son is seven and spends a lot more time thumbing through my photo books when they’re out. He’s a lot less interested in scrolling through photos on the computer.

5. Prints don’t go out of business. Storing your photos in the cloud is a good idea, but it’s hard to predict just how long a given cloud storage service will stay in business. That’s not a worry with your photo prints.

The bottom line: if you want an image to last for generations, your best bet is to print it out and store it safely (while keeping copies in the cloud and on an external drive, too). It’s not economically feasible or logistically desirable to print every photo you take, but the keepers? Absolutely.

From the Lab to Your Desktop: Cool Tech to Organize Your Photos

The Fine Print of Photo Sites: Are Your Images Really Safe Online?