Why Google+ Is Better Than Facebook (For Sharing Photos)

When asked why he robbed banks, Willie Sutton reportedly replied, “because that’s where the money is.” If pressed, that’s probably how we would justify posting photos on Facebook: that’s where the people are.

And it’s true — with over a billion users, Facebook can lay claim to an amazing reach. Every day, tens of millions of people take advantage of this reach to share and tag photos of their friends and family (Facebook reportedly receives 300 million photos uploads a day).

But this well populated network can also present something of a problem for those wishing to be more scrupulous with sharing their digital memories. For many of us, particularly those of working age, our Facebook “friends” are really a mixture of people: close friends, family, co-workers, casual acquaintances, neighbors, friends-of-friends, former friends, and random people whose existence means very little to you. Not all of these people need to see (or frankly should see) photos of you or your children.

That’s where Google+ comes in. While it’s not nearly as popular as Facebook, Google+ arguably offers a superior environment for sharing your photos with friends and family. Here’s why:

1. Better control: From the start, Google+ recognized that not all of your “friends” are friends. It segregates people into “circles” — friends, family, co-workers, acquaintances — so that any time you upload an image, you can choose which “circle” gets to see it. Facebook has slowly tried to mimic this functionality with its own, vaguer and harder-to-assign, categories but Google+ makes it very easy to control who sees your images. End result: more privacy.

2. Photos look better: This is more subjective, yes, but personally I think images just look better on Google+. They’re larger and the overall layout is much cleaner than Facebook.

3. Better photo tagging:  Both Facebook and Google+ let you tag people in them to identify them on the network, but when you tag someone on Google+ they are notified. Facebook does not make the notification as obvious and also uses facial recognition software to goad you into quickly tagging people in images.

The bottom line: if you’re someone who values the ease with which photos can be shared on a social network but want more control over who can see them, plus a more attractive setting in which to view them, give Google+ a shot. 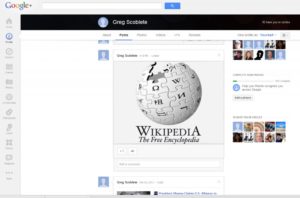